11 Advanced Driver Assist Systems will be mandatory from 2021

As you can probably guess, we favour motorists that drive older cars.  Ones that need an annual MOT and a fair amount of servicing.  So, we are always on the lookout for stories that might dissuade some people from buying expensive, brand-new vehicles.  We may have stumbled on a decent one.

Apparently, from 2021, all new cars must have 11 new Advanced Driver Assist Systems fitted.  That’s according to a mandate from the European Commission revealing the new set of safety rules.  Of course, Brexit might come into play for UK car buyers, but typically when one developed region introduces new safety rules the others soon follow.

The changes are mandatory because governments know that drivers want safe vehicles but are rarely willing to pay for them if they are optional extras.  Governments are therefore forcing manufacturers to include them as standard, making new cars even more expensive.

Analysts suggest that, in the decade following the introduction of the new rules, they will save over 7,000 lives and prevent almost 40,000 serious injuries.  So, understandably, the move has been lauded by car safety experts.  Many of them would love to see the forced retirement of our beloved older cars.

But, safety aside and not factoring in the cost of all the advancements, there will be a much bigger issue for some of you.  Basically, the changes might be a little bit too much like Big Brother is watching you.  In fact, not just watching you and your car, but literally taking over your car while you are driving it!

Here’s the full list of the 11 Advanced Driver Assist Systems that will start rolling in from 2021.  In no particular order…

This is when the car thinks a driver is not slowing down fast enough to avoid an obstacle, so takes over braking responsibilities.  A sceptic might suggest that this surely depends on the driver’s driving style and the type of car he or she is driving.  There can be no greater driving thrill than hurtling at speed towards a hairpin bend in a Porsche.  With its thick wheels and wide wheel-base enabling it to stick to the road, the act of suddenly flinging the car around the corner is perfectly safe.  It sounds as though those days are over.

We prefer to call this the Drink-Driving Prevention System because that’s what it does.  If the system detects alcohol in the driver it immobilises the car.  But would this simply create a new cottage industry selling gadgets that simulate a human puffing into a tube?  Besides, alcohol measurement is notoriously tricky, with everyday mouthwashes routinely triggering breathalyser machines.  Its no wonder that its roll-out has been controversial.

Monitoring a driver’s basic driving behaviour closely using technology is an obvious way to prevent accidents.  Sudden pulls on the steering, inconsistent pedal use, constant lane changes, and variations of the car’s speed against speed limits are all observed.  The catch with all this is that if the sensors are too tightly wound then the alarm will keep going off.  Especially if you are like everyone else and constantly fidget when driving long distances.

Much like the famed “black box” recovered during air crash investigations, the recorders will log what is called telematic information in the build up to, and during, an accident.  Privacy concerns will probably abound after a few high-profile cases.  Law enforcement will surely one day demand the data from a car for non-accident reasons.  And a car’s data is highly likely to be hacked by someone stalking the driver.  All of which provides much food for thought.

This automatically turns on the brake and hazard warning lights when it detects that the car is coming to a stop in a sudden, unexpected way.  Trying to find the hazard light button while suddenly slowing down, looking with concern in the rear-view mirror, can be very stressful.  So shouldn't this be in cars already?  After all, how hard can it be to add a sensor that can tell if a driver is slamming their car's brakes?

While we might be wrong, this just sounds like a directive to install better seatbelts.  Structurally, cars have never been safer, mainly because they have been stiffened up.  However, the stiffening has increased the rate at which an occupant’s body decelerates during an accident.  We can therefore envisge a day when the word restraint formally replaces the word seatbelt as the technology evolves well beyond being just a belt.

Many are not aware that areas of their car are specially designed to be somewhat pedestrian- and cyclist-friendly if they collide with them.  A good example is the modern car bumper.  They are now much more forgiving towards people’s legs than they have ever been.  Airbags for windows, activated when a pedestrian is hit and is flying towards the windscreen, were once mooted.  But it appears that safer glass has proven to be the preferred solution for this type of event. 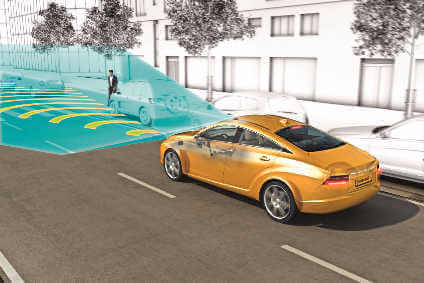 This is essentially a sophisticated speed governor (i.e. limiter).  It knows exactly what road you’re on and its speed limit.  That speed then becomes the maximum speed you can drive until you turn onto a different road with a different limit.  Surely this alone is a good reason to never, ever, buy a new car!  Full stop!

All of us have cut up, or been cut up by, other motorists accidently while driving.  Most of us do it because we are innocently daydreaming.  Unfortunately, this can be quite dangerous and alarm systems are already available for these scenarios.  But now the technology that guides fully-autonomous vehicles is coming to new cars.  This means that the car won’t allow you to drift because, at higher speeds, it will make adjustments for you to keep your car in lane.  But could this actually just make drivers pay even less attention to the road than they sometimes already do?

When a driver loses control of a car it can slide sideways into an obstacle, such as a tree or telephone pole.  While modern cars have side airbags, they only protect the occupant’s lower body.  So the introduction of measures to protect the head as well have been inevitable.  This technology has been difficult to get working, with the on-going upkeep of the systems proving to be a concern.

I was the passenger in a car the other day when the reverse warning alarm gradually increased in volume.  It was obvious a collision was about to happen, as indeed it did.  I asked the driver why he had continued with the manoeuvre in spite of the alarm.  He explained that, since it was always going off, he had zoned the sound out so didn’t hear it.  With all this technology getting into our car’s, maybe there’s a message in that somehow?

Anyway, if you do reverse into something or if your want to avoid Big Brother by keeping your old car running for as long as possible, remember to book your repair or service at bookmygarage.com.

Libby has been working for BookMyGarage writing articles, creating newsletters and handling the social media platforms. She works closely with ex-mechanics and subject matter experts to provide weekly blogs: essential advice on how to care for your car, need-to-know news and developments in the motoring world and helpful tips on how to cut the costs of running and maintaining your car.

Welcome to the BookMyGarage blog page. We want to provide drivers with up-to-date news, guides and information. With a variety of categories including news and motoring, we’ll help you out with driving safely, caring for your car and preparing for your MOT test.